CHILDREN BORN AFTER UNPLANNED
PREGNANCY ARE SLOWER TO DEVELOP 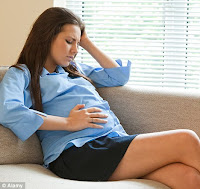 www.foxnews.com - Children that are the result of unplanned pregnancies tend to experience developmental delays, according to a new study published by the British Medical Journal.  The study found that other factors, like disadvantaged socioeconomic situations, also limit the child’s vocabulary and spatial abilities.  Those pregnancies that are unplanned are also less likely to make it to childbirth.  In the UK, where the study was conducted, nearly 30 to 40 percent of pregnancies that continue through childbirth are not planned.  It is already known that children born after a prolonged time to conception or assisted reproduction are at greater risk of poor health outcomes, such as preterm birth, low birth weight, and congenital anomalies, and some researchers have reported lower cognitive (mental) scores in such children.  So a team of UK researchers set out to investigate in 12,000 children how pregnancy planning, time to conception, and infertility treatment influence a child's cognitive development at three and five years old.

The study looked at how pregnancy planning, time to conception and infertility treatment affect cognitive development.  Researchers looked at whether the pregnancy was planned, the mother’s feelings at the beginning of her pregnancy, the time to conceive and infertility drug use.  Children were tested for verbal, non-verbal and spatial ability.  Results originally showed that kids born from unplanned pregnancies were four to five months behind planned children in verbal abilities, while those kids born after assisted reproduction were three to four months ahead.
Though, these findings were later attributed to the children’s disadvantaged home situations.  The study also said that there are no adverse effects of infertility treatment on the children.

Young children born after unplanned pregnancies tend to have a smaller vocabulary and poorer non-verbal and spatial abilities than other children; however, these problems are actually due to socioeconomic factors, a new study suggests.  The differences in verbal abilities - between children born after an unplanned pregnancy and planned children - disappeared when the researchers took into account the socioeconomic circumstances of each child.  Beyond the results of this study we should understand that respecting the link between sex and reproduction is part of a foundation upon which one can exhibit real love. 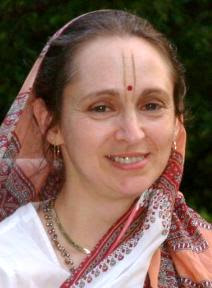 If we ask, “Why are so many children today not raised with love in a stable home?” and “Why do people use birth control?” the answers will be practically the same: the parents think sex is for pleasure only, not for reproduction. ... Those who try to prevent pregnancy - through surgery, devices, chemicals, or unnatural sexual practices - develop a mentality of seeing their body as meant for their own purposes, rather than seeing both their body and the bodies of their children as gifts from God to be engaged in His service. The contraceptive users so much despise Krishna’s plan for the human body that they alter its natural function. They come to hate the responsibilities integral to their own bodies. When those responsibilities take the form of children, they may resent the children as well.
Śrīmati Urmila devi dasi :
“Birth Control Myths”
“All Children Raised With Stability and Love?”
http://www.vaisnavafamilyresources.org/content/birth-control-myths
http://urmila.me.uk/
Publicado por dasavatara das en 3:44 PM