ADOPTING A BABY FROM INDIA

ADOPTIONS BABIES FROM INDIA
EVERYTHING YOU WANTED TO KNOW 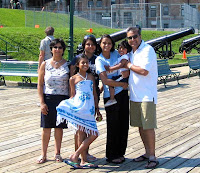 India (http://www.lassiwithlavina.com) - One of the ironies of life is that there are millions of children without homes, and without families, while there are millions of adults who wish to be parents but cannot. Adoption is the process which can unite them, and yet it is still a loaded word for many Indian families. For years there was a stigma attached to adoption, especially in Indian society. In a country like India where so much value is placed on marriage, family values and fertility, it can be particularly difficult for a couple to be ‘barren’. In India it can be feast or famine, where children are concerned. The orphanages are full of abandoned children waiting to be adopted. And on the other side you have thousands of couples, both in India and the Diaspora, who can’t conceive and yearn to have a child to nurture and love. Add to that thousands more who, in spite of having their own biological children, want to adopt children and have the time and resources to do so.

So shouldn’t this be the simplest thing in the world - placing abandoned children and prospective parents together to create new loving homes and giving children a future? Most people who have been through the adoption process talk as if they’ve been through the wringer - emotionally and financially - for adopting a child from India is like running a marathon through hoops and mazes. How can one make sense of the procedures and bring about a quick happy ending? The US State Department’s Bureau of Consular Affairs statistics shows that between 1999 -2010, 224,615 children were adopted from several countries. The total amount of children from India in this time frame was 4753, and of this the number of girls was 3383 and boys were 1370. To know more about it, go to India‘s Adoption Authority,  Central Adoption Resource Agency (CARA) http://www.adoptionindia.nic.in/

Until recently, adopting a child in India was reserved only for couples who could not conceive a child of their own, often a secret undertaking and managed with a great deal of family resistance, and certainly little support.  In the glorious Vedic times many personalities were adopted by another family, among the most important are undoubtedly the Queen Kuntī, Baladeva and Lord Krishna himself.  Nanda Mahārāja was the foster father of Lord Krishna and Lord Baladeva, whereas Yaśodā Mātā was Krishna's foster mother and Rohini Mātā was Baladeva's foster mother. 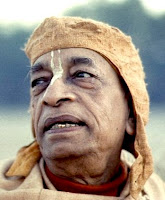 Vasudeva: Son of King Śūrasena, husband of Devakī and father of Lord Śrī Krishna. He is the brother of Kuntī and father of Subhadrā. ... When Krishna appeared within the bars of Kamsa’s prison house, He was transferred by Vasudeva to the house of Nanda Mahārāja, the foster father of Krishna, at Gokula. ... Baladeva: He is the divine son of Vasudeva by his wife Rohinī. He is also known as Rohinī-nandana, the beloved son of Rohinī. He was also entrusted to Nanda Mahārāja along with His mother, Rohinī, when Vasudeva embraced imprisonment by mutual agreement with Kamsa. So Nanda Mahārāja is also the foster father of Baladeva along with Lord Krishna.  ... Originally named Prithā, Kuntī was the daughter of Śūrasena, the chief of the glorious Yadu dynasty.  When she was a child, her father Śūrasena had given her in adoption to his childless cousin and close friend Kuntibhoja (hence the name “Kuntī”).