www.reuters.com - At least 22 Indian children died and dozens needed hospital treatment after apparently being poisoned by a school meal, sparking violent protests and angry allegations of blame. The children aged four to 12 fell ill on Tuesday after consuming a lunch of rice, soybean and lentils in the impoverished eastern state of Bihar.
The school, at Mashrakh village in the district of Chapra, provided free meals under the Mid-Day Meal Scheme, the world's largest school feeding program involving 120 million children.Medical teams treating the children said they suspected the food had been contaminated with insecticide, but “we will have to wait for forensic reports,” they said.

The school headmistress fled after the deaths became known and was dismissed, P.K. Shahi, Bihar's education minister, told a news conference. “In spite of the cook's complaint (over the smell of cooking oil used for the food), the headmistress insisted on its use and the cook made the food. The children had also complained about the food to the cook,” Shahi said. The cook, who also fell ill after eating the food and was hospitalized, told Reuters television it had looked as if there was a layer of residue at the bottom of the oil jar.
Opposition parties accused the Janata Dal party-led government of acting too slowly to hospitalize the children and dozens of people took to the streets to protest, television channels showed.

At least 22 children have died and another 35 are being treated in hospital in India after eating a contaminated school meal. The children fell sick after eating their free school lunch of rice and lentils in the village of Marakh in the Saran district in the eastern state of Bihar. The meal was prepared at the school. The poisoning is believed to have been caused by insecticides in the food. Hundreds of people demonstrated outside a local police station in Marakh, demanding that measures be taken against the school administration. Bihar, bordering Nepal, is one of the most impoverished states in India. It is necessary to rise the levels of food hygiene and enhance the quality of the school meals to protect the innocent children and avoid future food poisoning cases. 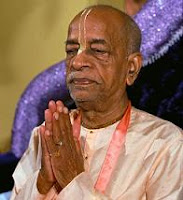 In the glorious days, or before the advent of the age of Kali, the brāhmanas, the cows, the women, the children and the old men were properly given protection. ... The protection of children gives the human form of life its best chance to prepare the way of liberty from material bondage. Such protection of children begins from the very day of begetting a child by the purificatory process of garbhādhāna-samskāra, the beginning of pure life. ... The killing of the above-mentioned innocent creatures is totally forbidden because even by insulting them one loses one's duration of life. In the age of Kali they are not properly protected, and therefore the duration of life of the present generation has shortened considerably.

Did you know that you can shorten your long urls with Shortest and earn money for every visit to your shortened urls.