www.bbc.co.uk - After three Target employees sued the company for discrimination, including the distribution of “multi-cultural tips” noting the “differences among Hispanic employees,” the company says it never meant to offend. The three employees who filed suit, Robert Gonzalez, 58, Bulmaro Fabian, 58, and Pedro Garcia-Ayala, 36, worked at a Target Distribution Warehouse in Woodland, Calif., about 15 miles northwest of Sacramento.
The three men are of Mexican descent, according to the lawsuit, and were employed as warehouse workers “in manual labor positions, while Caucasian employees held nearly all management positions.” Ilija Cvetich, the attorney for the plaintiffs, declined to comment on behalf of his clients.

The three men seek unspecified punitive damages for harassment, failure to prevent harassment, age and race discrimination and retaliation. According to the suit, “The Caucasian Target managers regularly used racial slurs while addressing plaintiffs and other Hispanic employees on the warehouse floor, including, but not limited to: “You got to be Mexican to work like this.” - “What the hell, I'm already sweating like a Mexican.” - “Only a Mexican can work this hard,” and “Only a 'wet-back' can work this hard.”
They also allege the company provided its distribution warehouse managers with a four-page document that describes “demographics of the Hispanic community” and their “cultural differences,” according to an exhibit in the lawsuit.

Three former Hispanic employees are suing Target Corp. for discrimination and retaliation, citing a training document reminding managers that not all Hispanics eat tacos and burritos, dance to salsa or wear sombreros. The lawsuit alleges that Caucasian managers at a warehouse in Woodland regularly used racial slurs when addressing Hispanic workers. It cites a document featuring common stereotypes and tips on how to manage Hispanic workers. A Target spokeswoman wouldn't comment on the lawsuit itself but says the company was sorry for the content of the document. This whole world does not belong only to certain race of people but to human society at large. Actually, we are all guests on this planet because everything belongs to the Supreme Being. 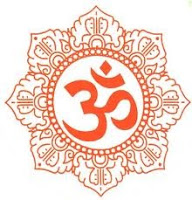 As previously explained, in the materialistic state of consciousness one thinks, “I am an American or Russian, Catholic or Protestant, white or black. I am loyal to my country and countrymen. I work for my homeland. Everyone else is different.” This type of consciousness is established in the individual to the degree to which he or she is in the bodily concept of life. The bodily concept of life, thinking one is the body, means to focus on these designations. But real life, seeing beyond the illusion that we are only bodies, is to be without designations. When we realize that we are all spiritual beings, that our souls are all the same in nature, character, quality and identity, then we will begin reaching a level of reality. This is the only way there can be any real unity between us all.