RISKY JUMP IN MOTO FROM THE ANDES MOUNTAINS

SKYDIVER MADE FREEFALL JUMP
WITH MOTORCYCLE FROM LOS ANDES

Santiago de Chile (AP) - A Chilean paratrooper used a 450 cc bike and a ramp located at 4,000 meters to make a risky jump into the void and performed a fall of around thousand feet in the Cordillera de Los Andes.  Julio Muñoz, 37, made this skydiving jump, called “Project BASE Los Andes”, last Saturday at Loma Rabona sector, located in the Cerro El Plomo in the Chilean Andes.  Chilean Patagonia has very beautiful sceneries surrounded by mountains and volcanoes worth visiting for fans of nature, and this feat had a cost of 50 million pesos (106,000 dollars). “It’s the most media I’ve done. And within the spectacular things, it was without doubt the most spectacular,” Muñoz confessed to reporters.   For him, the more complicated about the project were not the risks associated with diving, but the financing and logistics.

“Project B.A.S.E. Los Andes “was attended by 25 people, enough to put the ramp of half-ton of weight, at a place about 4,000 meters, a this move required the support of three helicopters.  Munoz expressed his intention to continue this kind of “extreme” adventure.  “The idea is to make Chile known, because behind this sport there are great natural monuments,” said Muñoz.  Among his upcoming projects is a leap in the “skysurf” style in the Torres del Paine, a place of great natural beauty of Chilean Patagonia.  The athlete also aims to bring its challenges throughout South America.  The first stop and it is clear for him, the barrel of Colta in Peru, one of the deepest in the world.

The Chilean parachutist, Julio Muñoz made an impressive leap in the dark on a motorbike to 4,000 meters high in the Loma Rabona next to the Cerro El Plomo, then falling over a cliff a thousand feet deep.  This man is very experienced and has already made other extreme experiences, but this has been the most extreme challenge of Chilean history.  Our human life is so valuable, because it is an opportunity to know and love God, then it is not advisable to put our health and life in such threatening risks just to enjoy these so-called extreme sports. 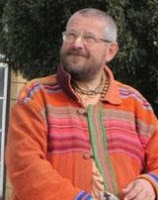 Currently, it is imposed the general idea that “You have to enjoy the world.”  But the concept of enjoyment is dangerous, self-destructive and, in turn, it makes people to put their lives at risk.  More and more people spend large amounts of money on distractions that have no importance, just to satisfy their desires.  Some are poisoned themselves with drugs and alcohol, while others engage in activities that are constantly exposed their health and welfare.  In the rush to meet happiness artificially, man does foolish things, knowing from experience that is wrong and that ultimately end up disappointed. ... However, this type of activity sooner or later, discouraged artificially them, it is a pleasure so brief that fails to meet the expectations of enjoyment. ... We invite you to learn more about the spiritual life, which delivers a superior taste.
Śrīla Bhakti Aloka Paramadvaiti Mahārāja :
“Dangerous Fun” - “Fictitious Happiness”
http://bhaktipedia.org/pmwiki/pmwiki.php
http://bhaktipedia.org/espanol/index.php?n=sabidurias_vedicas.diversiones_peligrosas