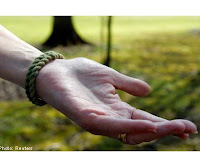 www.cbsnews.com - U.S. Surgeon General Dr. Regina Benjamin unveiled the country's new National Strategy for Suicide Prevention on Monday. The new guidelines from the Obama administration focus on preventing suicides, especially among military veterans, by methods such as beefing up the nation's crisis hotline to help. U.S. health officials said nearly 100 people every day commit suicide, and many more attempt it. It is the tenth leading cause of death in the U.S. with rates doubling those of lives taken by homicide. The military in particular has seen an alarming increase in suicides this year. The federal government announced Monday it will boost staff by 50 percent at the national hotline - 1-800-273-TALK - which is open to military and civilians alike. It provided $55.6 million for state and local programs, and highlighted Facebook features that link distressed users to counselors. According to the report, suicide can affect anyone but certain populations are at increased risk including individuals with mental and substance abuse disorders, individuals in justice and child welfare settings, LGBT individuals, American Indians and Alaska Natives, men in midlife and older men, and members and veterans of the Armed Forces. 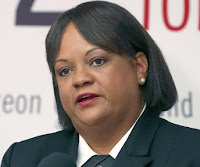 The federal government's new campaign will kick off with public service announcements urging people to seek help if they spot signs that someone is suicidal. Signs of suicidal behavior include talking about wanting to die and feeling trapped or hopeless, increasing use of alcohol or drugs, acting anxious or reckless, sleeping too little or too much, withdrawing oneself, showing rage or speaking of seeking revenge and displaying extreme mood swings. The government urges people who notice these signs to not leave the person alone if possible and to ask them if they are thinking about killing themselves - it won't put the idea in their heads. In these cases, it might be best to try to get the person to call the U.S. National Suicide Prevention Lifeline, take him or her to an emergency room or seek help from a professional. “Preventing suicide is everyone's business,” Benjamin said at a news conference Monday introducing the plan. It updates one introduced in 2001. Since then, the nation has made progress in understanding suicide and launched some efforts, including the National Suicide Prevention Lifeline and a special crisis line for veterans. A full copy of the 2012 National Strategy for Suicide Prevention can be found on the Surgeon General's website.

Many of the 36,000 annual deaths from suicide in the United States could be prevented by making suicide prevention a part of routine health care and getting people to talk frankly about suicide in homes, schools, workplaces, the military and even on Facebook, says a new strategy brings together the USA government, and public and private groups. Deaths from suicide have actually risen after falling in the 1990s, says Health and Human Services Secretary Kathleen Sebelius. “We see especially alarming trends in our armed forces, and these deaths are especially heartbreaking because we know they are preventable.” Often, people in crisis do not know how - or who - to ask for help. Suicide is a calamity which brings nefarious karmic consequences.

Though he (Hanuman) had such wonderful abilities and had already exhibited tremendous feats of strength and heroism, he essentially hated himself for not having found Sita. Obviously, none of this was his fault, for what had he done wrong? He thought it would be better to just starve himself to death. This way he would give himself the proper punishment. He was on the brink of suicide. Then he thought to himself some more. He correctly decided that if he should quit, so many bad things would happen. If he continued to fight on, however, at least there would be a chance of succeeding. This is the rule to live by. The Paramatma is always residing within us, so as long as the life breath is there, there is an opportunity to connect with Him, to make the most of the human form of life. With death we have no idea where we will end up next. There is no guarantee that we will even get the opportunity to try to understand God and the need for worshiping Him. … Hanuman decided that if he was going to fail, he was going to take Ravana down with him. ... One would have to be courageous to continue to fight, especially when they were just on the brink of suicide.