www.classichitsandoldies.com - Police in Georgia said they are interviewing the friends of a slain teen who tweeted days before her death that she had a “stalker,” trying to find a lead regarding who might have killed the girl. Hannah Truelove, 16, was found dead last week in a wooded area near the apartment she shared with her mother, one day after she was reported missing, police said. LaCrisia Larkin, the principal of Gainesville High School, where Truelove was a student, said she was not aware whether Truelove had any issues with a “stalker.” “She had a very supportive group of friends she hung around,” Larkin said. “She was a sweet young lady, very mannerable and respectful.”
Sgt. Kiley Sargent, spokesman for the Hall County Sheriff’s Office, said investigators are “looking at different avenues,” including whether someone had been stalking the teen. “We have to determine what she meant by stalker,” Sargent said. “A stalker to a 16-year-old might not be a stalker to what may be Georgia code official.” 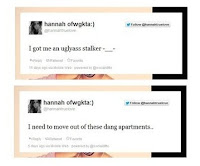 Truelove had obvious signs of trauma on her body, but the results of an autopsy are being withheld to avoid compromising the investigation, Sargent said. “Most of the leads we are getting are from people who are living in and around the neighborhood,” he said. “We are following each one.” Hannah tweeted days before her disappearance that she was being stalked. “I got me an uglyass stalker,” she tweeted Aug. 12. “So scared right now,” she wrote Aug. 18. And on Aug. 22, the day before she disappeared she wrote: “I need to move out of these dang apartments.” Just two weeks into the school year, students and staff at Truelove’s high school are trying to cope with their shocking loss, Larkin said.
A large rock at the front of the school usually reserved for messages and reminders was turned into a memorial for the teen. Students helped paint the rock with messages of love, including a large “Heart for Hannah” and “R.I.P.” “What is surprising is so many times the students give the adults energy,” Larkin said. “We are just rallying around each other.”

Twitter may hold the key to the death of Georgia (USA) teen Hannah Truelove, 16, who tweeted that she was being stalked. Shewas found dead in a wooded area near the apartment she shared with her mother a day after being reported missing. "We think at this point it's not a random crime. We think that this was a crime that involved persons who knew each other. We have no indication it was random," Maj. Woodrow Tripp of the Hall County Sheriff's Office said. If a person - specially young people - is virtuous, he or she will be a subject of easy exploitation for all the cunning rascals of this world. In this plane of existence we have to face the malice of cunning and relentless men and women who feel envy to others and try to destroy them. 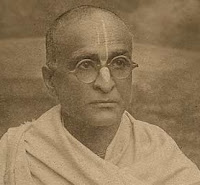 There is a beautiful lake of very sweet water in the Yamuna which bears the name of Kaliya. This lake happened to be infested by a most venomous Serpent from whom the lake derives its name. On a certain day while the cow-boys of Braja were out pasturing their calves on the wooded banks of the Yamuna they happened to feel thirsty and not knowing that the water of the lake had been poisoned by Kaliya drank of its water which resulted in their instantaneous death. On being apprised of their plight Krishna came to the spot and restored them to life. ... The taming of Kaliya is one of the Brindaban Pastimes of Boy-Krishna. Kaliya is the type of cunning and malice. He is the embodiment of unrelenting cruelty. There is no place for Kaliya in the happy realm of Braja. Deceit and cruelty are as poison to the artless loving nature of the denizens of Braja. It is quite conceivable for the confiding chums of Krishna not to entertain any suspicion regarding the malicious intention of cruel and deceitful persons whose purpose is to poison them against Krishna. They may even unwittingly fall into the counsel of such evil persons. But Krishna is sure to rescue His Own from the wiles of His enemy.

Śrīla Bhaktisiddhanta Saraswati Thākura Prabhupāda :
“The Serpent Kaliya”
An essay printed by The Harmonist - May 1932
http://issuu.com/bhaktisiddhanta.com/docs/demons_of_krsna-lila