CELEBRATING THE GODDESS OF FORESTS 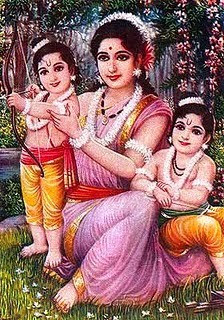 Panaji, Goa, INDIA - Paush, the tenth month of the Hindu calendar, has special significance for Hindu women in Goa. Over five nights - with the full moon of Malani Purnima - they express their love and respect for the forest deity popularly called Vandevi. The celebration is called Dhalo. Once, there were many places in Goa where the Goddess of the forest was respected by those living in and around the woods. Mulgao in Bicholim taluka, has two temples dedicated to Vandevi-Dhakti Vandevi and Vhodli Vandevi. Forests were once also the homes of humans who lived, hunted and collected fruits, roots, shoots, tubers, nuts, etc. ‘In order to express gratitude to the forest for supporting their lives in many ways, our ancestors began the festival of Dhalo,’ says Laxmi Chandrakant Harvalkar, a folklorist from Brahma-Karmala in Sattari taluka. During the festival of Dhalo, women decorate and worship the tulsi vrindavan (basil plant in a pedestal) as the symbolic representation of the forest Goddess. ‘The women, in the past, would invoke the forest Goddess for blessings of health and prosperity on their families.

Till date, this tradition continues with the women singing folksongs and urging the Goddess, Vandevimaya, to participate in the traditional folk dance,’ says Harvalkar. As part of the Dhalo celebrations, women-married, single, widowed-perform the folksongs that sing of forests, fields, flora and fauna. As soon as the work is over, women celebrate the festival for five nights. The last night of Dhalo has special significance as it is marked by numerous cultural and religious rituals.

Women in the rural areas of India, who are otherwise always busy with the day-to-day chores of their lives find a chance to unwind during Dhalo Festival, as they sing, dance and participate in traditional games. Mother Sita was the wife of Rama, the Prince of Ayodhya and she is known by many names. One of them is Vandevi or Forest Goddess. She took it when she stayed in Valmikiji's ashram. In the ashram of this great muni - the author of the Ramayana - she delivered twins sons, and named them Lava and Kuśa. They became expert Ramayana singers. 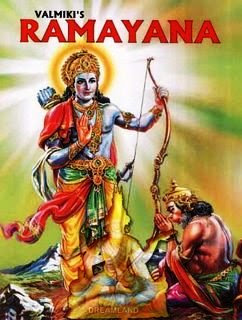 Vālmīki Muni wrote the Ramayana up to the point of Rāmacandra’s coronation, so he taught Lava and Kuśa this Ramayana, how to sing it. But Lava and Kuśa were not told who they were. They were told that there was a great king, and this is the story of the great king, and they must learn it. So they learnt it very nicely and they would sing it in front of mother Sītādevī. ... Vālmīki called for Lava and Kuśa and thereby instructed them, “Please go out and continue reciting Ramayana throughout the land. Go to the homes of brahmanas, the ashrams of rsis and the palaces of great kings. Chant the Ramayana while wandering through the city streets and countryside. However, please first go to Ayodhya where Rāma is now engaged in performing a great horse sacrifice. If Rāma invites you to chant before the assembled brahmanas, please do so. If Rāma inquires, ‘Whose sons are you?’ then reply, ‘We are Vālmīki’s disciples.’”