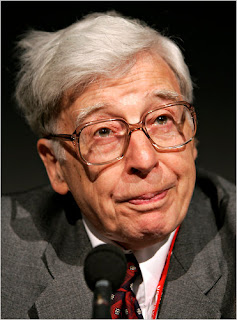 http://www.nytimes.com/ - The Nobel Prize in physiology or medicine has been awarded this year to Robert G. Edwards, an English biologist who, with a physician colleague, Patrick Steptoe, developed the in vitro fertilization procedure for treating human infertility. Since the birth of the first test tube baby, Louise Brown, on July 25, 1978, some four million babies worldwide have been conceived by mixing eggs and sperm outside the body and returning the embryo to the womb to resume development. The procedure overcomes many previously untreatable causes of infertility. Dr. Edwards, a physiologist who spent more than 20 years solving a series of problems in getting eggs and sperm to mature and successfully unite outside the body. His colleague, Dr. Steptoe, was a gynecologist and pioneer of laparoscopic surgery, the method used to extract eggs from the prospective mother. Dr. Steptoe, who presumably would otherwise have shared the prize, died in 1988. Dr. Edwards, who born in 1925, has now retired as head of research from the Bourn Hall Clinic in Cambridge, which he and Dr. Steptoe founded as the world’s first center for in vitro fertilization. 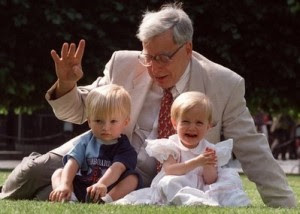 Though in vitro fertilization is now widely accepted, the birth of the first test tube baby was greeted with intense concern that the moral order was subverted by unnatural intervention in the mysterious process of creating a human being.

Dr. Edwards was well aware of the ethical issues raised by his research and took the lead in addressing them. He was able to respond to the continued criticism of in vitro fertilization and remained persistent in fulfilling his scientific vision, a member of the Nobel Prize committee writes.

This British scientist who pioneered IVF (in-vitro fertilisation), was responsible for the conception of Louise Brown, the world’s first test-tube baby. Now this procedure has helped in the conception and birth of 4 million people around the world. This science of cloning and test-tube baby was known to Indians of Mahabharata age (3000 BC), according to a scientist who said that the Kauravas (Kurus) “were products of a technology that modern science has not even developed yet”. 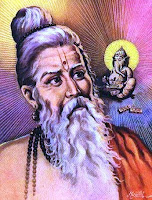 The epic Mahabharata describes Gandhari as a mother of 100 sons who were called Kauravas, the eldest of them being Dhuryodhana. “No woman can give birth to 100 children in her lifetime, that too all males and of the same age,” B G Matapurkar, a surgeon with the Maulana Azad Medical College in New Delhi told the conference organised by the southern chapter of the All India Biotech Association. Matapurkar, who holds a US patent on organ regeneration technique that he developed 10 years ago, said that he was thrilled when he stumbled on a verse in Mahabharata under the chapter Adiparva that actually describes how the Kauravas were created from a single embryo from Gandhari. He said that according to the description in Mahabharata, the Kauravas were created by splitting the single embryo into 100 parts and growing each part in a separate kund or container. “In other words,” Matapurkar said, “they not only knew about test-tube babies and embryo splitting but also had the technology to grow human foetuses outside the body of a woman, something that is not known to modern science,” he added.

Thanks a lot!!!!
For me is always been a challenge to test the website on different browsers with different platforms, but this list of links made it all easy….
NIce post
tr

Site's character and a great color match .. I will recommend your site to the other platforms.
Göğüs küçültme Ameliyatı

I enjoyed this site. Çene Cerrahisi I will recommend your site to other places. Saç Ekim Everyone does not show care. Estetik But you were preparing a site so rich in content. Estetik Burun Ameliyatı Everyone who helped, thank you.

Comments made ??about the issues impressed me. I like your site.
fue Saç Ekimi Fiyatları

I enjoyed this site. I will recommend your site to other places.
Saç ekimi Everyone does not show care. But you were preparing a site so rich in content.
Kaş ekimi Everyone who helped, thank you.