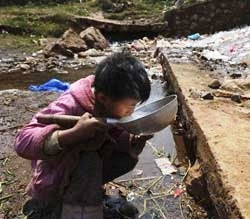 “They cause massive but hidden and silent suffering, and frequently kill, but not in the numbers comparable to the deaths caused by HIV/AIDs, tuberculosis or malaria,” said WHO director general Margaret Chan, who also said that diseases take a serious toll that serves to “anchor large populations in poverty.” Two of the diseases, onchocerciasis, known as river blindness, and trachoma, a bacterial eye infection, cause blindness. Leprosy and lymphatic filariasis, or elephantiasis, leave victims deformed, hamper productivity and normal social interaction, Chan said. Sleeping sickness, or human African trypanosomiasis, debilitates before it kills. Left untreated, rabies is fatal. The stigma was especially hard on girls and women. “Many neglected tropical diseases cause disfigurement and disability, leading to stigma and social discrimination,” diminishing marriage prospects and raising the likelihood of abandonment for women and girls, the report said.

More than one billion people worldwide, mostly in poor countries suffering from “neglected” tropical diseases, according to the report of the World Health Organization (WHO). Many of these diseases “hidden” take a heavy toll of lives and cause blindness, ulcers, deformities and mental harm. Thus, the WHO recommends prevention, provision of drinking water and public health to avoid infections. This basic and simple solution does not seem to be so easy to achieve when we live thinking about ourselves and in our own personal enjoyment, and constantly forget those brothers and sisters who are living in extreme poverty and need. 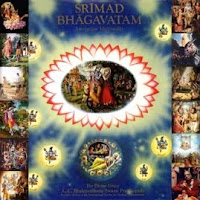 The scriptures state, “Saintly mendicants in the sannyasa order of life and brahmacaris have first right to enjoy the sumptuous foodstuffs produced by the householders. If the householders enjoy such foodstuffs without first offering them in charity to the mendicants, such neglectful householders must undergo the lunar fast called candrayanam.” In family life one must overcome the natural tendency toward selfishness by giving abundant charity. Modern society foolishly does not observe such Vedic injunctions, and as a result the world has become overrun by envious griha-medhis, or persons wholly and solely dedicated to personal gratification in family life. Therefore, the whole world is seized in an uncontrollable spasm of violence and suffering. If one wants to live peacefully one must follow the Vedic injunctions regulating family life. ... Then even without personal endeavor, one will be supplied all of one’s necessities by the mercy of the Personality of Godhead.