INDOOR TANNING UP THE RISK FOR CANCER 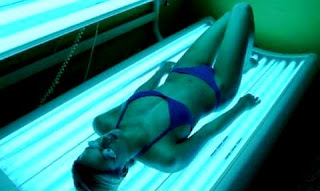 NEW YORK (abcnews.go.com) - Indoor tanning is associated with a 74 percent higher risk of melanoma, researchers said. New study warns that indoor tanning can raise risk of melanoma by 74 percent. And, in a large case-control study, some forms of indoor tanning machines were associated with a four-fold increase in the risk of skin cancer, according to DeAnn Lazovich, of the University of Minnesota, and colleagues. The risk rose depending on years of use, hours of use, or number of sessions, Lazovich and colleagues said online in Cancer Epidemiology, Biomarkers & Prevention. The finding "provides strong support" for a recent declaration by the World Health Organization's cancer research agency that the devices are carcinogenic, the researchers concluded. People who had used an indoor tanning machine for between one and nine hours in total were more likely to get melanoma, but less likely than those with more than 50 hours of use. 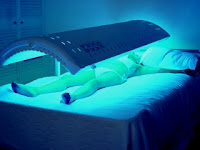 Tanning salons are increasingly popular in the U.S. and their rise has been paralleled by increasing incidence of melanoma, the researchers noted. Ultraviolet radiation, whether from the sun or from tanning lamps, increases the chance of developing melanoma and other skin cancers. However, in the 1980s, sunburn-causing ultraviolet B rays were believed to be the bad actors, while deep-penetrating ultraviolet A rays were considered benign. UVA rays are now known to do the worst skin damage. The new study, the first to distinguish between UVA and UVB exposure, found that tanning beds emitting mostly UVA - which were standard in the 1980s - quadrupled the risk of melanoma for this group. "The take-home message is that indoor tanning is not safe," Lazovich said in a video prepared by the University of Minnesota.

According to this study, indoor tanning raises the risk of malignant melanoma, the most dangerous skin cancer, by 75 %. The furor over indoor tanning comes when vanity trumps your health, so people sacrifice everything for obtain beauty, especially when they’re young enough to think they’re immortal. 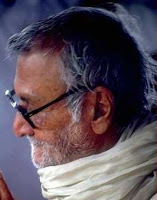 We must be sincere and wholesome, without hesitation. ... When we give ourselves to Him, He will accept us. He will embrace us. He'll be within and without us. He is everywhere, but only those with clear eyes can see Him, not those who are captured by any prejudice for selfish ends or ordinary things. ... Those that are lustful look for the beautiful body. Others only think about business because they love wealth the most. They are always engaged with lust or money; the world of their knowledge is revealed to them. There are such strata. They may boast: ‘I have such power, I have beauty, I have wealth.’ All is false. The real backing of spirit is Narayana, the all-pervading, the all-knowing principle, the all-good. These other thoughts are temporary.

Śrīla Bhakti Raksaka Sridhara Mahārāja :
“Follow the Angels” - ‘The Path of Dedication’
Section: ‘It Is Not So Cheap’
http://bvml.org/SBRSM/books/index.html