www.bbc.co.uk - (United Kingdom) Ditching meat and fish in favour of a vegetarian diet can have a dramatic effect on the health of your heart, research suggests. A study of 44,500 people in England and Scotland showed vegetarians were 32% less likely to die or need hospital treatment as a result of heart disease. Differences in cholesterol levels, blood pressure and body weight are thought to be behind the health boost. The findings were published in the American Journal of Clinical Nutrition.
Heart disease is a major blight in Western countries. It kills 94,000 people in the UK each year, more than any other disease, and 2.6 million people live with the condition. The heart's own blood supply becomes blocked up by fatty deposits in the arteries that nourish the heart muscle. It can cause angina or even lead to a heart attack if the blood vessels become completely blocked. 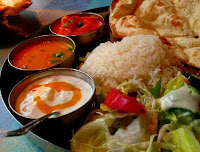 Scientists at the University of Oxford analysed data from 15,100 vegetarians and 29,400 people who ate meat and fish. Over the course of 11 years, 169 people in the study died from heart disease and 1,066 needed hospital treatment - and they were more likely to have been meat and fish eaters than vegetarians.
Dr Francesca Crowe said: "The main message is that diet is an important determinant of heart health. "I'm not advocating that everyone eats a vegetarian diet. The diets are quite different. Vegetarians probably have a lower intake of saturated fat so it makes senses there is a lower risk of heart disease." The results showed the vegetarians had lower blood pressure, lower levels of "bad" cholesterol and were more likely to have a healthy weight. Tracy Parker, from the British Heart Foundation, said: "This research reminds us that we should try to eat a balanced and varied diet - whether this includes meat or not.

A new study has shown that vegetarians have a 32% less chance of being admitted to a hospital or dying from some form of heart disease compared to people who are meat or fish eaters. The new study performed in Britain found that the risk difference is most likely caused by the effects on the level of cholesterol along with blood pressure, and underscores how important the role of an individual’s diet is in preventing heart disease. But be careful, While vegetarians are less likely to die from heart disease, vegetarian meals can contain large amounts of salt and saturated fats. So, even if you are a vegetarian you should consume in moderation foods high in sugar and refined grains and take a balanced and healthy diet. 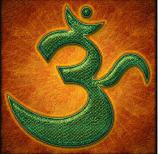 Heart attack is the most common cause of death in the U.S., killing one person every 45 seconds. ... The Physicians Committee for Responsible Medicine (PCRM) - a nonprofit organization based in Washington, D.C. - stated in their 1991 literature, "A vegetarian diet has been advocated by everyone from philosophers, such as Plato and Nietzsche, to political leaders, such as Benjamin Franklin and Gandhi, to modern pop icons such as Paul McCartney and Bob Marley. Science is also on the side of vegetarian foods. A multitude of studies have proven the health benefits of a vegetarian diet to be remarkable." PCRM literature lists a host of health benefits of a vegetarian diet, including the following: Preventing cancer, heart disease and lowering blood pressure; preventing and reversing diabetes; preventing and alleviating gallstones, kidney stones, osteoporosis, and asthma.

With bistroMD you can rest assured that not only will you get tasty meals, but that every meal and each in bistroMD's weight loss programs is balanced to bistroMD's custom nutritional platform that helps promote an healthy diet.

STEP 1 - Select one of the weight loss plans for 5 to 7 days of meals.
STEP 2 - View your menu before ordering and select the entrees you desire for each day and week.
STEP 3 - Order your diet program.
STEP 4 - Your meals are delivered to your doorstep.