www.thetelegraph.com - John Michael Thompson believes, by using scientific facts, that he has found the proof of God's existence. Thompson, 69, is a retired professional engineer turned author. His first book, "Scientific Theory of God: Proof That God Exists," tackles controversial issues of science and faith. In the book, Thompson presents readers scientific evidence of a higher being, which he claims to have found in the theories and equations of Sir Isaac Newton, among other great minds.
"The existence of God is a mystery to everyone, even religion," Thompson said. "Religion can't prove that God exists, but science can. In my book, I bring science and God together in a way no one ever has. My book scientifically proves that God exists." His main point focuses on the origin of matter. Thompson claims scientists know what matter is, but they have no idea where it comes from.

Thompson is convinced he has the answer and his studies will show a connection among the human mind, matter and God. Instead of following conventional scientific ideas on the creation of life, Thompson questions and even uses some of those theories, such as evolution and the big bang theory, in his argument. Raised a Methodist, Thompson now considers himself a Christian. However, he pleads with readers to view his first publication as a scientific theory rather than a book on religion.
"Read the book, and you'll see science proves rather than disproves God. Of course, there is evolution, but it is part of a larger creation," Thompson said. "This is not a religious book, but a type of science book that no one has ever read before." Thompson's 33-year career as an engineer gave him the experience needed to conduct in-depth research for his book.

In a new book John Michael Thompson takes a scientific approach in revealing the many convincing proofs attached to the ultimate question of God’s existence. "Mr. Thompson delves into the difficult questions that have pondered mankind for centuries regarding the universe, humanity's purpose and God's existence," Kathie McGuire, director of Brighton Publishing, said in a statement. "Mr. Thompson delivers the scientific proofs to revolutionize his reader's concepts of the universe, their relationships to God, and their journeys through this life and into the next." "I'm a process research engineer. I understand systems and how they work. I investigated the universe as I would any other large system," Thompson said. 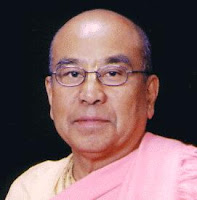 One of the primary causes of conflict and misunderstanding between science and religion is the fact that some scientists, being overwhelmed by a materialistic world view, have claimed too much for science. ... The seers of Vedic times as well as the Vedic literatures describe that there are two fundamental energies of God - (i) material and (ii) spiritual. In science we work with material energy.  Spiritual energy has the property of consciousness.  Every living being is animated by fundamental spiritual entity possessing a quantum of consciousness.  On the other hand, material energies such as electrical, nuclear, and chemical energy, etc., do not possess consciousness. ... Religious scientists and spiritual leaders from all traditions should join together for the purpose of framing global moral and ethical codes for the welfare of all living beings on the planet.