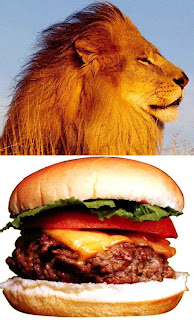 PHOENIX (AP) - A restaurant owner who put lion burgers on the menu in honor of the World Cup has felt a roar of anger from outraged animal rights activists. Cameron Selogie, owner of the Il Vinaio restaurant in Mesa, served burgers made with African lion this week as a nod to the tournament in South Africa. Reservations sold out, with a waiting list 100 long. But the burgers also attracted international attention and the scorn of animal rights activists, who picketed outside the restaurant. Serving African lion meat is perfectly legal, said Michael Herndon, a spokesman for the Food and Drug Administration. Game meat such as lion can be sold as long as the species isn’t endangered, and the CDC hasn’t prohibited importation of African lion, although its Asiatic cousin is on the endangered list.
Selogie described the meat as tasting slightly “gamey,” almost like a savory beef jerky. About 20 percent of Il Vinaio’s patty is ground beef, because the lion meat was so lean, Selogie said. He purchased ground lion meat from Phoenix-based Gourmet Imports Wild Game, which supplies everything from alligator to zebra for customers.

In South Africa, lion meat is shunned and animal welfare activists expressed shock at the burgers served in Phoenix. Mike Cadman, a wildlife research journalist based in Johannesburg, describes the eating of lion meat as a “bizarre craze” practiced by those who want to try it because it is not illegal. Cadman says lions in African are not hunted for eating but for trophy purposes - where the lion head is stuffed and its skin is cleaned and kept as trophies. Ashley Byrne, from the Ethical Treatment of Animals, said most lion meat served in restaurants comes from old zoo and circus lions. Regardless of where Selogie’s meat came from, the lions “suffered terrifying deaths ... Anybody who orders a lion burger is supporting cruelty to animals,” Byrne said.

They are trying to make money at all costs. Eating predators is shunned in Africa. Predator eating predator is rare. Even lions eating other predators is uncommon. The worst predator is mankind. We have enough food choices without lion meat or any kind of meat. Let's remove meat from our menus! 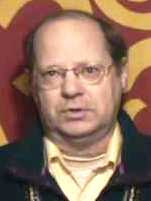 In the Mahabharata, Anushasana Parva section there is a conversation between Yudhisthira and Grandfather Bhishma about the merits of abstaining from meat eating and the demerits and consequences for doing so. One quote is: “If there were nobody who ate flesh, then there would be nobody to slay living creatures. The man who slays living creatures kills them for the sake of the person who eats flesh. If flesh were not considered as food, there would then be no destruction of living creatures. It is for the sake of the eater that the destruction of living entities is carried on in the world. Since, O you of great splendor, the period of life is shortened by persons who kill living creatures or cause them to be killed, it is clear that the person who seeks his own good should give up meat altogether. Those dreadful persons who are engaged in the destruction of living beings never find protectors when they are in need.” (Mahabharata, Anu. 115.29-32).

I would like to eat many lions. Although I am extremely allergic to cats, I feel its worth the risk.

By the way thanks for advertising this restaurant and the gourmet import wild game place in Arizona, I will be ordering Zebra shortly after posting this.