http://healthland.time.com - Religion can be a source of comfort that improves well-being. But some kinds of religiosity could be a sign of deeper mental health issues. Seeing their kids more eager to pray than play video games, most parents would shout, “Hallelujah” or whatever their expression of joy. And they should. Research shows that religion can be a positive force in the lives of children, just as can be for adults.
“Religion,” says Bill Hathaway, a clinical psychologist of religion and Dean of the School of Psychology and Counseling at Regent University, “is related to the child having a higher sense of self esteem, better academic adjustment and lower rates of substance abuse and delinquent or criminal behavior.” 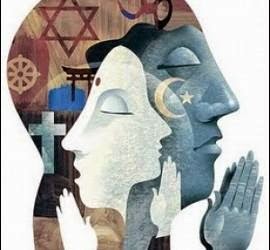 So if your child is immersed in scripture after school and prays regularly throughout the day, you may breathe a sigh of relief.  She’s such a good girl. My boy is okay. Or maybe not. Your child’s devotion may be a great thing, but there are some kids whose religious observances require a deeper look. For these children, an overzealous practice of their family faith — or even another faith  — may be a sign of an underlying mental health issue or a coping mechanism for dealing with unaddressed trauma or stress.
Therapists in private practice report that they are seeing children and teens across a range of faiths whose religious practice can be problematic. Are they doing well at school, playing sports or music, socializing with friends? If so, then their faith is probably a source of strength and resilience.  If, however, the religious practices and rituals seem to be overtaking their daily lives, and displacing their normal activities, experts suggest taking steps to understand what’s triggering the focus on faith.

In a recent article in Time magazine, written by journalist Francine Russo, it was published a vision about the damages that religiosity could cause. The author says, "Children with obsessive-compulsive disorder (OCD), for example, may rigidly repeat holy verses, say Hail Mary’s or focus on other rituals less out of a deeper sense of faith but more as an expression of their disorder. “It looks positive but could be negative,” says Stephanie Mihalas, a UCLA professor and licensed clinical psychologist. Such ritualistic behavior, she says, may also reflect a child’s way of coping with anxiety, and in reality could be no more spiritual than fanatical hand washing or dreading to walk on cracks." Hmm ... interesting article, right? You may think that the article's headline is sensationalism, since it is NOT claiming that ALL people of faith are mentally ill, as the headline suggests. Also, perhaps it might be too exaggerated to think that someday psychiatrists declare religion as a mental disease; however, this article is showing the very fact that psychiatrists are trying to tie religion into their studies on psychology and it could be dangerous due to the fact that they are materialistic studies which can understand the spiritual domain. And this is alarming because this psychiatric trend to analyze everything according to its materialistic point of view is regrettably increasing. We should read and take advantage of the knowledge that is found in the Bhagavad-gītā as it is a superior knowledge which begins at a point that is beyond materialistic understanding. And not only that, besides to understand that one is not this material body we should engage in the activities of the spiritual world. (Editor's note). 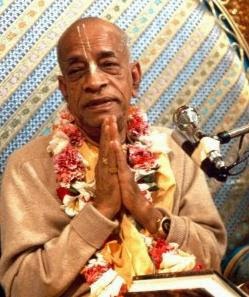 Knowledge begins not from Krishna, but from things which we are accustomed to see every day. [...] There are many scientists, for example, who are soil experts; they can say, by analyzing a particular type of earth, what kind of minerals are there. Somebody seeks out silver, somebody seeks out gold, somebody seeks out mica. This is knowledge of gross things—the earth. [...] Next comes the study of the ethereal: electronics, ethereal transformations from one thing to another. Then, finer still, is the mind—psychology and psychiatry. But for intelligence, rationalism, there is only a little philosophical speculation. And what about the soul? Is there any science of the soul? The materialists have none. Material science has advanced to the study of the ether, or the mind and intelligence, but there is no advancement beyond that. Beyond intelligence, they do not know what exists. But here in the Bhagavad-gītā you can find this.