MERIAM IBRAHIM, CHRISTIAN THREATENED
WITH EXECUTION IN SUDAN, ARRIVES IN US

www.bbc.com/news - A Sudanese woman who fled to Italy after being spared a death sentence for renouncing Islam has arrived in the US. Meriam Yahia Ibrahim Ishag arrived in New Hampshire on Thursday evening with her American husband and her children. Welcoming her on a brief stopover in Philadelphia, the city's mayor, Michael Nutter, described her as a "world freedom fighter". There was global condemnation when she was sentenced to hang for apostasy by a Sudanese court earlier this year.
Mrs Ibrahim's father is Muslim so according to Sudan's version of Islamic law she is also Muslim and cannot convert. She maintains she was never Muslim having been raised by her Christian mother. Mrs Ibrahim's husband, Daniel Wani, also a Christian, is from South Sudan and has US nationality. Their daughter Maya was born in prison in May, shortly after Mrs Ibrahim was sentenced to hang for renouncing one's faith. Under intense international pressure, her conviction was quashed and she was freed in June although she was initially stopped from leaving the country and the family took refuge at the US embassy in Khartoum. When in Rome, she met the Pope, who "thanked her for her witness to faith", according to a Vatican spokesman.
Mrs Ibrahim flew from Rome to Philadelphia with her husband and two children, en route to Manchester, New Hampshire, where her husband has relatives and the family hope to settle. At Manchester, her husband thanked the US government for its strong stance, the New Hampshire senators who worked hard to arrange her asylum and the people of Sudan for their support.

International rights groups and Western governments are praising the decision to cancel the death sentence and release a woman from a Sudanese prison. Meriam Ibrahim faced death because she married a Christian. The 27-year-old Ibrahim gave birth in prison last month to her second child, a baby girl named Maya. Ibrahim, whose father was Muslim but who was raised by her Christian mother, was convicted of apostasy - the abandonment of a religion -, a crime punishable by death under Sudan’s strict enforcement of Islamic law. Inter-religious marriages are illegal in Sudan, and Ibrahim was judged to have committed adultery by being with her husband. But finally the young Sudanese woman is released. Happily, Meriam arrived in the United States, where she was welcomed first by the mayor of Philadelphia as a “world freedom fighter” and cheers of people who sympathized with her in New Hampshire. When reading this kind of news, it will be useful to review what is generally accepted as religion: A true religion should convey a universal truth or a divine revelation, which must has validity in any place of the world and benefit all people as well. A truly world religion should teach a genuine spiritual process and it must be freely and voluntarily practiced and accepted by honest people in many countries around the world. If this is not happening in the religious affiliation; well, maybe you should think a bit about it (Editor's note). 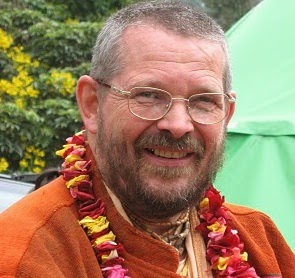 These are the characteristics of what is generally accepted as a true religion: 1. A true religion teaches us about the creation of the world and about the creator of the world. - 2. A true religion teaches us to love God and His creation. - 3. A true religion holds the truth above all other relative considerations. - 4. A true religion respects the individual freedom of every man to follow his own faith, unless he harms others and transgresses the rules meant to protect the well being of others. - 5. A true religion is the source of personal divine realization of the sincere practitioner of the teachings of the religion. Such realizations will confirm what other realized souls of this religion have taught or expanded upon it. Usually some religious books lay down the basic principles and such books are of divine origin or inspired in the authors by revelation or divine realizations. - 6. True religions teach through priests, or spiritual masters who have learned the science of their religion from previous masters. This is called spiritual succession. A genuine teacher cannot teach something which deviates from the substance of the teachings he has received.