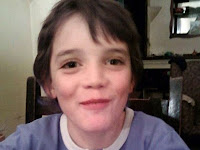 Agencies - Two new criminal cases have provoked general astonishment and indignation in Argentina.  The body of missing 9-year-old Tomás Dameno Santillán was found by the police on the outskirts of Lincoln, a town in the Buenos Aires province, where he had gone missing days ago.  The field in which Tomás’ body was found allegedly belongs to a relative of his mother’s former partner, Adalberto Cuello, whose home was raided a few hours earlier after it surfaced that he had “a bad relationship” with the boy.  Preliminary forensic reports indicated that it seemed his head had been hit by a blunt object, although authorities assured this could change after an autopsy.  Cuello, who was at the Lincoln police station being questioned, was immediately detained for being considered a suspect and taken to the town of Junín. 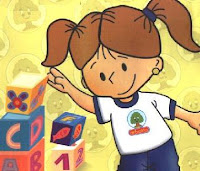 In another criminal case, a five year old girl was found dead with signs of having been raped in the Chaco province, near the town of Tres Isletas in the Maipu department, about 250 Km. north of Resistencia, and was arrested his uncle, a boy of 17 years.  According to police, the girl - identified with the initials E.S.S - was visiting last Wednesday the home of his grandfather and came back to her house - about 400 meters away - accompanied by her 17-year-old young uncle, but she never arrived there.  The girl’s grandfather complained to the police station fearing that the girl has been lost in the forest.  Police began searching with family and neighbors in the area, and they found the lifeless body of the girl, who was half-naked, bruised in the abdominal area and lesions in the genital area. Police seized from the suspect’s home a pair of trousers with traces of blood at the height of the crotch and dirt stains on the knee area.  The youth was arrested for “alleged murder” and sent to the Juvenile Court where he will be further questioned.

Argentina and South America, as in many regions of the world, are facing an escalation of violence unleashed upon the most vulnerable: children, the elderly and women.  Violent humans beings are causing unnatural death regardless of the innocence of the murdered women and children. By doing so, they are attacking human dignity itself.  While bad and inpure qualities of the age of Kali increase, good qualities of men diminish and people suffer more and more ruination of moral codes. 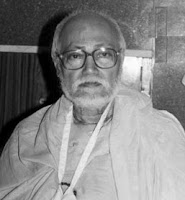 The present-day world appears to be running fast towards destruction. As per Indian scriptural evidence, the conditioned souls are enveloped by Lord’s illusory energy consisting of three primal qualities - Sattva, Rajah, and Tamah.  ‘Tamah’ indicates tendency to commit vice or to inflict injury.  In fact, Tamah tendency has now engulfed the whole world and is spreading over like fire and showing its most monstrous destructive ugly appearance.  The sagacious persons are bewildered to find any solution of this terrible tendency of violence. ... Lord does not think much about sins of other living beings who have got no such discriminating power. They do actions out of instinct. But God has bestowed discriminating power to human beings. In spite of that if they commit heinous crimes, surely they will be punished. They will never be spared.
Śrīla Bhakti Ballabh Tirtha Mahārāja :
“Human’s sins will never be spared”
Sree Chaitanya Gaudiya Math - www.sreecgmath.org
Publicado por dasavatara das en 3:27 PM