BILLIONAIRE CARVES HIS NAME
IN SAND VISIBLE FROM SPACE

Yahoo! News - Here’s a big idea: Writing your name in the sand so large that it can be seen from space. Of course, you’re much better position to carry off this sort of vanity project if you’re Hamad Bin Hamdan Al Ahyan, a super-rich Arab sheikh who is the president of the oil-rich United Arab Emirates. He also happens to own an island - an ideal canvas for what is essentially the world’s largest self-referential graffiti tag.  The letters were crafted by a crew who worked for weeks to create them. The inscription measures half a mile high and two miles long - and the letters are dug so deep that they form waterways. The writing won’t be immediately washed away, but even Hamad - whose fortune is only surpassed by his monarchial rival in the region, Saudi King Abdullah - can only defy the elements for so long.

Did we mention his name can be seen from outer space?  Hamad, according to Forbes, is a guy who lives large. A member of the Abu Dhabi ruling family, the man known as the Rainbow Sheikh owns 200 cars that are stored in a giant pyramid. (What, you use a garage?) Forbes also noted that Hamad also hand-built a motor home in the shape of a giant globe “one-millionth the size of the Earth.”  It should also be noted that the 63-year-old sheikh also has deep pockets when it comes to philanthropy. But don’t worry about thanking him - it seems he’s come up with a perfectly good way to give himself a shout-out.  A member of the Abu Dhabi Ruling Family, Hamad had workmen create the letters by digging waterways that absorb the encroaching tide on Al Futaisi Island, The Sun reports.

Hamad Bin Hamdan Al Ahyan, a member of Abu Dhabi's ruling family, has lots of money to spend and he does it.  Now the sheikh has had his name carved in sand on an island that he owns.  His name is made with letters so large that they actually are visible from outer space. His name "HAMAD" measures 1,000 meters high and extend a couple of miles wide on Al Futaisi Island, which also happens to be the sheikh's private property.   Those who are puffed up with vanity of their wealth, power or erudition become more attached to this material world.  Even, pride and vanity are the worst enemy for the devotee of Krishna. 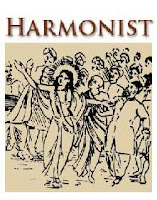 Anarthas are varied and numerous. They arise from pious as well as impious acts within the realm of karma. They also arise from within the culture of Krishna bhakti, for when as a result of Krishna bhakti one develops good qualities, fame and fortune may also come. If one then mistakes these things for being worthy of cultivation, one tends to the weed as opposed to the bhakti creeper itself. Finally, anarthas also arise from offenses. Such sins of the soul are most detrimental. The root of all anarthas, however, lies in false pride, pratistha. In this regard, Thakura Bhaktivinoda cites the following verse from Hari-bhakti-vilasa in his ‘Bhajana-rahasya’: “After renouncing all anarthas, pride, their root, may still remain. One should avoid this pratistha, as if it were sewage in one’s drain”. (Hari-bhakti-vilasa 20.370).
Śrīla Bhakti Vedanta Tripurari Mahārāja :
Harmonist - “Nama Sankirtana: The Universal Panacea?”
http://harmonist.us/2009/09/nama-sankirtana-the-universal-panacea/