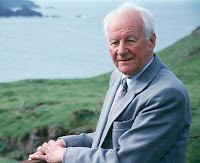 Christian Post - Evangelical Christian leaders from around the world are mourning the death of evangelical figure John Stott, who died Wednesday at the age of 90.  Stott, known for shaping 20th century evangelicalism through his writing and preaching, died 3:15 p.m. in his retirement home at St. Barnabas College, located 30 miles away from London. He was surrounded by his longtime secretary Frances Whitehead and close friends who read Scriptures and listened to Handel’s “Messiah” when he passed.  An Anglican theologian from the U.K., Stott was the chief architect of the 1974 Lausanne Covenant and the author of over 50 Christian books in which he took complex theology and explained it in a way lay people could understand.  One of his most popular books was Basic Christianity (1958), which has been translated into more than 60 languages, according to Christian book publisher InterVarsity Press. 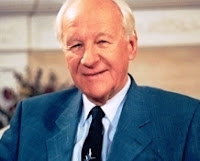 He has also influenced millions of Christians through other well-known titles including Christ the Controversialist (1970), Issues Facing Christians Today (1984) and the one he always considered his best: The Cross of Christ (1986).  In 2005, Stott was featured in TIME magazine as one of the world’s “100 Most Influential People.”  Despite his wide influence on the evangelical faith, many fondly knew him as “Uncle John.”  When news broke of his death, evangelical leaders immediately posted statements to mourn and honor Stott as a beloved mentor and one of the greatest evangelical thinkers of his time.  John Stott, remained single and his achievements could partly be attributed to his celibacy, which he saw as a “gift,” but he believed, “the gift of singleness is more a vocation than an empowerment,” as he was quoted in Singles at the Crossroads.

World-renowned evangelist and Biblical scholar John Stott died Wednesday in London.  The English Anglican leader is revered for his ministry life. The world famous evangelist, the Rev. Billy Graham, described him as “the most respected clergyman in the world today.”  Among his greatest legacies is the building of solid foundations for evangelical Christians to proclaim of the Gospel of Jesus Christ according to the Scriptures, and also building bridges of Christian unity.  All living entities are sons of Krishna, and therefore it is important the philosophy of oneness in religious consciousness in order to serve Krishna, the original supreme father.

When we are on the material platform, there are different types of religions - Hinduism, Christianity, Islam, Buddhism and so on. These are instituted for a particular time, a particular country or a particular person. Consequently there are differences. Christian principles are different from Hindu principles, and Hindu principles are different from Muslim and Buddhist principles. These may be considered on the material platform, but when we come to the platform of transcendental devotional service, there are no such considerations. The transcendental service of the Lord (sādhana-bhakti) is above these principles. The world is anxious for religious unity, and that common platform can be achieved in transcendental devotional service. This is the verdict of Śrī Caitanya Mahāprabhu. When one becomes a Vaishnava, he becomes transcendental to all these limited considerations.
Śrīla A. C. Bhaktivedanta Swami Prabhupāda :
“Śrī Caitanya Caritāmrita Madhya” - “Madhya-līlā”
Chapter 25: “How All the Residents of Vārānasī Became Vaishnavas”
Verse 121 - Bhaktivedanta VedaBase
Publicado por dasavatara das en 11:32 AM