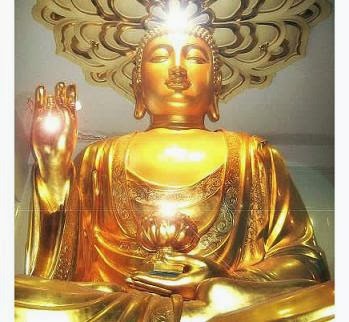 www.indiaonlinepages.com - Buddha Purnima, reverentially, the most important day for the followers of Buddhism, commemorates Lord Buddha's enlightenment in 588 B.C and also his attainment of the highest of spiritual goals, 'Nirvana' in Bodh Gaya and 'Parinirvana' (or "final cessation") in Kushinagara. Alternatively called Buddha Jayanti,  (it was on Wednesday 14 May) or the day which consecratesthis day consecrates the birth anniversary of Lord Buddha who was born in Lumbini, Nepal. As the name itself suggests, Buddha Purnima is observed on a bright full moon in the Vaisakha month (April/May), a time especially suited for introspection, charity and puja.
Historically, the importance of Buddha Purnima goes back to the era of Chinese scholarship where the day is mentioned in the works of the Chinese scholar, Fa-Hien. Buddha Purnima is known by different names in different countries. As per the native tongue of different countries, Nepal observes 'Swanyapunhi', Singapore upholds Lord Buddha's teachings on 'Vesak Day', Indonesia celebrates 'Hari Waisak', while Thailand commemorates this day as 'Visakha Bucha Day'. 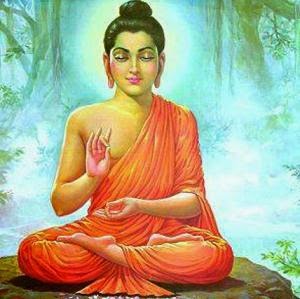 Buddha Jayanti is celebrated across south-east Asian countries that have a recognizable Buddhist population. Countries that observe Buddha Purnima include Sri Lanka, Vietnam, Tibet, Myanmar, Nepal, Bhutan, Thailand, Korea, China, Cambodia, and Japan. Buddhists observe Buddha Purnima with great calmness and contemplation, reflecting on the moral precepts laid down by Lord Buddha, ruminating on the events of his exemplary life, visiting monasteries and listening to sermons and narratives/verses from Buddhist scriptures, offering food and donation to the monks and paying homage to the statue of Buddha by offering incense, flowers, candles, and fruits. Special religious programmes including 'bhajan' and 'aarti' are held.
As a part of rituals, devotees pour milk and scented waters on the Bodhi tree and place diyas around it. The most important and visual aspect of Buddha Purnima celebrations is the procession in Bodh Gaya that starts from the 80-ft tall Buddha statue up to the Mahabodhi tree, the fig tree, representative of Lord Buddha's Enlightenment. The Mahabodhi tree is worshipped in a ritualistic way with water, incense, flowers, diyas and candles.

Buddha Purnima during Vaishakha month is celebrated as birth anniversary of Gautama Buddha. Buddha Purnima is also known as Buddha Jayanti, Vesak, Vaishaka and Buddha’s Birthday, and this year it was celebrated on May 14. Gautama Buddha, whose birth name was Siddhartha Gautama, was a spiritual teacher on whose teachings Buddhism was founded. Most people consider Lumbini, Nepal as birth place of Buddha. Buddha died at the age of 80 at Kushinagar, Uttar Pradesh. For Buddhists, Bodh Gaya is the most important pilgrimage site related to the life of Gautama Buddha. The other three important pilgrimage sites are Kushinagar, Lumbini, and Sarnath. It is believed that Gautama Buddha obtained Enlightenment at Bodhagaya and he first taught the Dharma at Sarnath. It is believed that Gautama Buddha obtained Enlightenment and passed away on the same day. The holy Mahabodhi temple in Bodh Gaya, which is the main shrine dedicated to Lord Buddha sees hordes of followers descending on the site on this day. Sarnath, near Varanasi, where the Buddha preached his first sermon is another important site for Buddha Purnima celebrations. In Orissa, Dhauligiri is a Buddhist site known for Buddha Purnima celebrations. Followers from Thailand, Tibet, Bhutan and various other places visit Sarnath on this day for blessings. As a symbolic gesture, on Buddha Purnima, Buddhists in India and other Buddhist countries make special efforts to light up their houses while streets are gloriously illumined with lights. Technically Lord Buddha’s philosophy is called atheistic because there is no acceptance of the Supreme Lord and because that system of philosophy denied the authority of the Vedas. But our spiritual masters have taught us that it was an act of camouflage by the Lord. Lord Buddha is the incarnation of Godhead. As such, he is the original propounder of Vedic knowledge. He therefore cannot reject Vedic philosophy. But he rejected it outwardly because before the advent of Lord Buddha the so-called scholars of Vedic literatures claimed that the killing of animals was indicated in the Vedas, and thus they justified the slaughter of animals. Therefore Lord Buddha wanted to stop firstly the habit of killing animals and consequently he superficially denied the authority of the Vedas. Lord Buddha adopted this rejection of the Vedas in order to save people from the vice of animal-killing as well as to save the poor animals from the slaughtering process. (Editor's note). 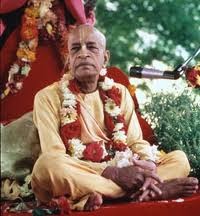 Lord Buddha, a powerful incarnation of the Personality of Godhead, appeared in the province of Gayā (Bihar) as the son of Añjanā, and he preached his own conception of nonviolence and deprecated even the animal sacrifices sanctioned in the Vedas. At the time when Lord Buddha appeared, the people in general were atheistic and preferred animal flesh to anything else. On the plea of Vedic sacrifice, every place was practically turned into a slaughterhouse, and animal-killing was indulged in unrestrictedly. Lord Buddha preached nonviolence, taking pity on the poor animals. He preached that he did not believe in the tenets of the Vedas and stressed the adverse psychological effects incurred by animal-killing. Less intelligent men of the Age of Kali, who had no faith in God, followed his principle, and for the time being they were trained in moral discipline and nonviolence, the preliminary steps for proceeding further on the path of God realization.