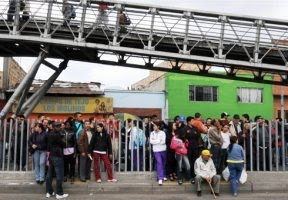 LA PAZ, Bolivia (EFE) - The strike by transport workers to protest the decree toughening sanctions on drivers and companies involved in accidents was only partially adhered to on Wednesday in the Bolivian province of La Paz but it resulted in one person injured, several arrested and two buses destroyed. The 48-hour strike was called by the rural union of public transportation drivers in the La Paz region and was conducted Wednesday morning with blockades thrown up at several points on roadways in the area, although these impediments were later removed by the police. The Driver’s Union of Bolivia has announced a forty-eight hour nationwide public transportation strike to begin on Wednesday. The Union is protesting against the recently approved decree that imposes sanctions on drunk drivers, bus owners and companies that operate buses that are responsible for causing accidents. The transport workers said they agreed with the sanctions against drivers who operate their vehicles while drunk, but not with the removal of the vehicles from service since they are the very source of their jobs at the transport firms. The drivers are opposing this highway safety decree which orders the removal of the vehicle from service for a year and cancellation of the bus driver’s license for good when he has an accident while driving under the influence of alcohol. The union has also announced that if the government does not negotiate with them, they will expand their strike and road blocks, and will request all city bus and taxi companies to join in. The Government has stated it will not back down. According to government statistics, each year more than 1,000 people die on Bolivia’s roadways in traffic accidents. 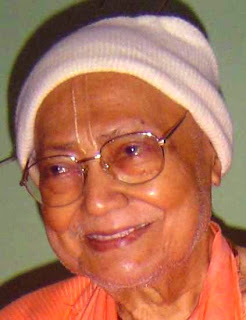 God has bestowed conscience - discriminating power between good and bad, eternal and non-eternal to human beings. So they can accept that which is eternal and good and give up that which is non-eternal and bad. Human beings, because of their power of discrimination, are superior to all other species of living beings. As human beings have got this discriminating power between good and bad, right and wrong, if they do wrong and bad actions, they are liable to be punished, as stated in the Gita: “You have got right to do karma- actions, but fruits of actions are controlled by Me (Supreme Lord Sri Krishna).”